Today I got some heart-wrenching news. Someone I knew had passed after a brief battle with an illness. I met Gary 10 years ago when I became a member of my church. He was a worship leader and youth pastor there. Gary had such a huge heart for Jesus and it was a norm to find him with arms lifted and tears streaming down his face in adoration and praise of Jesus. He had a beautiful singing voice and was a prolific songwriter for many well-known gospel singers.

He left my church about two years after I joined, but I never forgot him. He’d made such an impression on me and others around him that he was fondly remembered. Three years ago, our paths crossed again through one of his family members. He was a family man with a wife, kids, parents and siblings who clearly adored him. It was so great to see him again and experience his quietly sweet and easy-going spirit. There was such a light about him that emanated from his relationship with Jesus. And it reinforces in me a need to make that type of imprint on the earth. Gary’s short time on earth made an impact that will reverberate throughout the world. I pray that I truly make a change in the world around me.

Growing up in America, I was told through a number of influences that life events happen based on chance, luck, fate or a random set of circumstances. Sure I bought into it. And the gravity of life can still try to convince me that things “just happen.” But my faith and my life experiences are so intertwined that I know for myself that my future is not based on the whim of some distant higher being. In my younger days, I had a dizzying number of traumatic episodes occur. I can’t say I pondered all the time about why things were happening. Mainly because I had to keep up with the pace of living. Then there were times as the tide ebbed and then flowed again I was questioning the reasoning behind it all.

But I also started to see that the people who had been whisked out of my life were only appointed for a certain period of time. We both gifted each other with precious lessons we needed to learn. Whether the relationships were healthy or toxic, it was all for my maturity. From each guy that I’ve dated or co-workers I’ve had difficulties dealing with, it was on purpose. Even losing people through death has strengthened my inner core and increased my sensitivity toward others in pain. So now as 2012 comes to a close, I am intensely aware that each area of my life is not random. Where I live, work, and worship–all are divinely ordered. The friendships I have and the family I was born into are all used to grow me up, encourage me, or reinforce my need to only rely on the constancy of my God for all the areas of my not-so-random life. Can you honestly say that your life has been a roll of the dice? 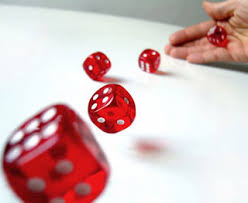 The past few years I’ve noticed something at the end of summer. Around August, squirrels begin to get ready for the winter. Quickly they begin to hunt around for food to “squirrel” away in the ground for later use when food becomes scarce. As time passes into fall, I’ve observed more and more of these little critters out and about, becoming furiously intent on preparing for the season to come. Without making necessary preparations they will surely perish. It’s rather fascinating how God places an instinct in these creatures to ready for a time that is not yet. The colder weather speaks to the squirrel and the bear. In the Arctic region, many animals have a change in fur color for camouflage from predators.

So I wonder how many opportunities do we miss or are ill-prepared to handle because we didn’t take the necessary steps to thrive in a different environment. I’ll admit I haven’t been the best in seasons before. And though God’s grace has helped me through those seasons, I would much rather use that grace for other occasions. Currently I am in a season of preparation. It happened right under my nose years ago in very small increments and now that the puzzle pieces are coming together I am becoming more sensitive for the necessity to be ready for the next level in my life. Sometimes I have lagged in energy, procrastinated or was just plain too busy with obligations to make room for this change. But my circumstances, my very environment move me to keep going, keep pressing and making room and space for opportunities so I can move smoothly to the next phase of my life. Let’s not fall asleep when we should be working toward the future that is waiting for us–our lives depend on it.

My hometown is Detroit, also known as “the D.” I was born at Sinai Hospital, raised on the northwest side and a product of Detroit Public Schools. I graduated from a well-respected liberal arts college in the city. My church is located there and I have made so many meaningful relationships from my time there. But my home is constantly the butt of jokes, all the while criticized, hated and scorned. It’s a city that has been feared, taunted, and beaten like an old man with a gloried past.

No one needs to rehash the crime, the tragedies, and the tears shed. We know the grim realities of many urban areas. But there is more to us. We are more than the pain, we are fighters — more than conquerors. When I drive through the city I see it in the face of the mother opening her own daycare center in her home, the police officer who brings his young grandson to Bible Study, the grandmother with the exquisitely decorated home who cooks a mean pot of greens and cornbread for her grandchildren.

For some reason, my much-maligned hometown receives an inordinate amount of national attention when it comes to negative press and corruption. But less than six hours away a well-loved Midwest city like Chicago is still perceived to be thriving despite escalating crime rates. Many of us are very familiar with Chi-town’s long history of corruption in politics. No one gawks when someone declares “I am spending a weekend in Chicago.” I love Chicago. I have family there. But it hurts my heart to hear anyone speak so ill of my own city that still has so much beauty — in the souls of the people, in the history, in the individual communities that choose to contribute and reach out to a generation that has been so often disenfranchised and counted for dead.

The local news is on a constant negative rant, ignoring the good that goes on in neighborhoods, the hard-working people, and the fierce determination of a region that’s been counted out time and time again. There are thriving businesses such as Good Girls Go to Paris Crepes, Dell Pryor Gallery, Seva, FLO Boutique, Slows Bar BQ, and Avalon International Breads. We have a fierce arts culture. The Detroit Institute of Arts (DIA) offers art from every continent on the globe and satisfies every art lover from its collection of ancient Egyptian artifacts to French impressionism from Monet to Detroit’s own Tyree Guyton’s modern expressions. The Charles H. Wright Museum of African-American History not only features art from African-Americans but provides education of the history and culture of Americans with African heritage. The Carr Center, Pewabic Pottery and the Museum of Contemporary Art Detroit (MOCAD) all offer workshops and classes for an interactive experience. From music and art to poetry and culinary–I would pit any of my fellow Detroiters against any other artists around the country. Singers Monica Blaire and L’Renee take me on a sonic journey I want to take over and over again. Christian rapper Mahogany Jones feeds my soul with her words and when I need spiritual sustenance I can always listen to the lovely Lexi Allen. And though Mayer Hawthorne grew up in Ann Arbor, he reps the Motown sound.

I could write ad nauseam about the positive people and institutions that are lending to the movement within Detroit. D:hive is an organization that offers creative ways to explore and learn about “this captivating city” along with other Detroit-related services. Check out http://dhivedetroit.org/ for more information. I am a part of a non-profit organization based in Detroit called Heroes’ Alliance. Our goal is to be heroes in the lives of children (our own and/or others) and offer them multi-faceted enrichment opportunities that will prepare them to walk into a bright future.

Maybe you live in Detroit and you know about the hidden gems — in the form of everyday people, organizations or businesses — or you rarely drive into the city and get all your information from external sources. All I can say is that there is something to be said for a hands-own experience. After all the words are written, it’s up to the reader to step away from the TV and the newspaper and step out the door and connect with the D.