Here we are as 2017 comes to a close. Wow. Time is amazing. This time last year, many were either still reeling or celebrating after the election. And so many other shockers — the loss of David Bowie, Prince, Muhammad Ali, Maurice White, Alan Thicke (Growing Pains, ya’ll!), Carrie Fisher, etc. By Christmas, my beloved George Michael passed and I was done, son. Protest after protest, hashtag after hashtag in memory and anger over needless deaths. Get out –> 2016. For real! Along with so many others last year, I was too through. But we were truly just getting started. 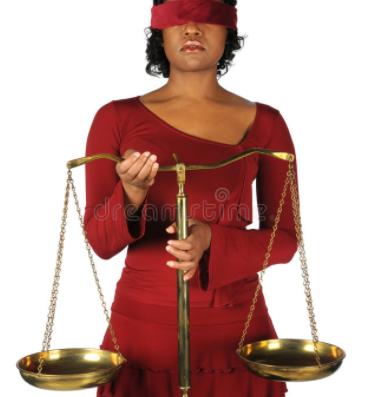 2017, you’re one cold piece too (peep my Tony Baker reference 😉 ). I guess I was prepared for the roller coaster ride since we’ve seen the trajectory for a while now. So as the stockings are hung at the Starbucks with care (literally at the one I’m at right now), I’m reflecting pretty hard. Breaking news every 2.5 seconds, scandal here, scandal there, scandal everywhere. Allegations galore and our anthem have us even more divided. Everybody tweetin’ everywhere, even the POTUS. Sigh. So many new “normals” that feel absolutely uncomfortable. And I have to fight getting tired of being uncomfortable so I don’t just go along with the crowd, become numb and turn into the walking dead. Many of us for years walked around like this country was a bastion of democracy (albeit flawed with imperfect human hearts), but we were a living framework of what a democratic country could become. Years ago, I met some young boys who were from Poland when I was in France. One exclaimed, “I want to be in America!” I wonder what that young man thinks of the United States now. So as this year began to unfold, many saw how delicate and flawed our system is or rather the people are. I won’t lie. I’ve had my own firsthand experiences and observations to inform me that life in America is far from perfect. But I think most prognosticators could have not predicted the carnage and collateral damage of this hour.

I consider 2017 to be the year of the “Real.” Between the dizzying array of events that no one can keep track of, filled with political and social revelations, it’s become pretty clear no matter what you believe — America is not everything it has pretended to be. Journalists for years have reported on deeply corrupt countries all over the world, and I think many of us thought we were better than that. I think we were just better at hiding our messes, and now everyone in the world is just finding out that the Emperor has no clothes. So many icons, noted celebrities have fallen from grace that we need a timeline to keep up. And guilty or not, no one can fully recover from luster lost because Wikipedia will always catalog that “Controversy” back in ’17. So underneath all this craziness that make me think I’m in the Stranger Things‘ upside down or in a really long episode of Black Mirror, God is really just peeling back the curtain, giving us a front-row view to what He’s known all the time. The rug’s been lifted and all the ugliness that’s been hidden from public view is all on display for the world to see. And some little nasty bugs and critters are running and scrambling to be in the dark, to hide from surprised and prying eyes. But it’s too late for all of us to say we never knew. God often works in seasons, and it’s pretty obvious that during this dispensation, He’s turning over some stuff, bolted down or not. So we have a couple choices: See what’s happening or walk around in a cloud of cognitive dissonance until what hasn’t effected you comes knocking on your door. It’s up to you.

1 thought on “America: Who We Really Are”